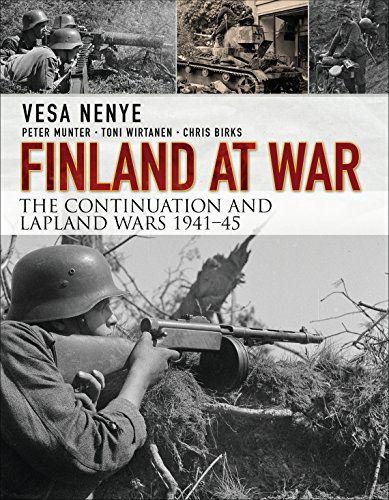 In the aftermath of the Winter War Finland found itself drawing ever closer to Nazi Germany and eventually took part in Operation Barbarossa in 1941. For the Finns this was a chance to right the wrongs of the Winter War, and having reached suitable defensive positions, the army was ordered to halt. Years of uneasy trench warfare followed, known as the Continuation War, during which Finland desperately sought a way out, German dreams of victory were dashed and the Soviet Union built the strongest army in the world. In the summer of 1944, the whole might of the Red Army was launched against the Finnish defences on the narrow Karelian Isthmus. Over several weeks of fierce fighting, the Finns managed to halt the Soviet assault. With Stalin forced to divert his armies to the race to Berlin an armistice agreement was reached, the harsh terms of which forced the Finns to take on their erstwhile German allies in Lapland. Featuring never-before-seen photographs and first-hand accounts, this second volume of a two-part study details the high price Finland had to pay to retain its independence and freedom.