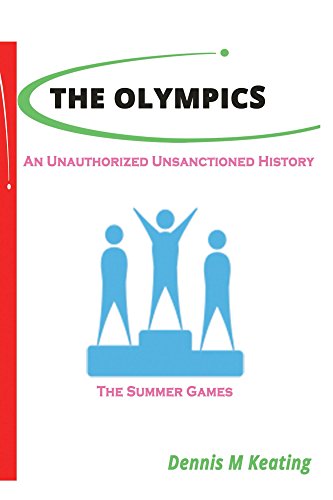 For some Olympic issues, the book takes a detective like Cold Case approach. The book features nine Cold Cases and provides information that explains answers to some unasked and unanswered questions from past Olympic Games. These questions deserve answers. Some are interesting and mention facts never discussed in any past Olympic books, such as, Why did the Russians decide to come to the Munich Olympics after first telling the Germans they would not come. Or, what role did a Vanderbilt University alumni and a Nashville newspaper have in the creation of the Olympic Creed? Some questions have humorous answers. Did you know, as a prank a couple athletes stole the first Olympic flag? Did you know a future Honolulu sheriff was one of them?

Some issues you will probably find interesting. Did Shakespeare attend one of the Olympic Games? We say Yes. What role did Irish American immigrants play in the formation of the first American Olympic teams and in laying the groundwork for future American success. The author says The Irish played a major role.

Some points you will find ugly. The author believes in 1912, an American team mate stole Jim Thorpe’s shoes out of racial hatred and jealousy. The author believes that same man, as head of the US Olympic team in 1936, tried to set up Jesse Owens for failure. You can read and decide for yourself.

The book brings up topics that the Olympics Committee wants buried. How many slaves were used to prepare the Olympic grounds for the 1948 London Games? How many Olympic protestors were massacred prior to the 1968 Mexico City Games? How many Korean street children were imprisoned and raped on order to insure the 1988 Seoul Olympic Games went well? These are questions official Olympic books choose not to discuss. We believe these questions need to be answered, if there is ever to be an honest evaluation of the greatest sporting event in the world.